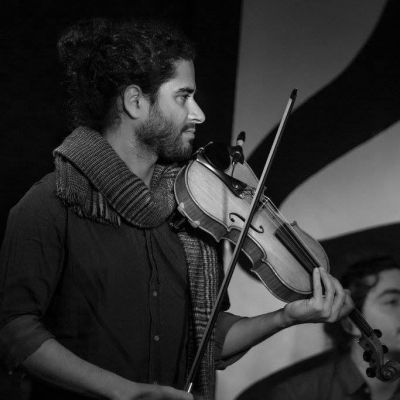 The audience award (concert organized by the Zbigniew Seifert Foundation)

A multi-instrumentalist graduated from the University of the State of Santa Catarina (UDESC) - Brazil, in Violin Performance. He begin to study music in 1993 at age of five. From 2003 to 2007, he participated of the Philharmonic Orchestra - SCAR Jaraguá do Sul, as a violinist. Since 2007, he dedicates himself to the study of jazz violin and Brazilian music. Besides being a musician, he also acts as a composer, arranger and music producer. In his studio, he produced records by various instrumental groups and singers. In 2012 he receive the award for best instrumentalist at the Avaré Music Festival in São Paulo – Brazil. Between 2011 and 2013, he worked in the studio of the Brazilian musician Alegre Corrêa (former member of the “Zawinul and The Sindicate Band”) and also participated in his group (Alegre Corrêa Band). In 2019, the album “River” recorded in partnership with the Russian pianist Pavel Kazarian, receive the award for best album in the state of Santa Catarina, in Brazil. In 2019 he participated of the album “Vertical” by the Brazilian accordionist Alessandro Kramer, along with musicians Kiko Freitas (drums), Armando Marçal (percussion), Guto Wirtti (bass), Michel Dorfmann (piano), Paulinho Fagundes (guitar) and Eduardo Neves (saxophone).