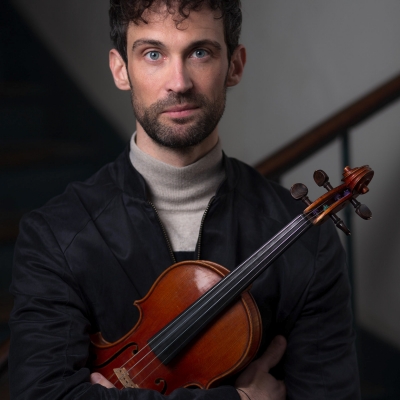 Youenn Rohaut is a self-taught violinist who comes from a Celtic music background. He discovered jazz at the age of 16 with “New York Rendez-Vous”, an album by Didier Lockwood with a line-up of Dave Liebman, Gil Goldstein, and Dave Holland, who became his teachers through their respective records.

After earning a Master’s Degree in Jazz Musicology in Toulouse, he studied at Didier Lockwood’s school in Paris, as well as spending some time in the Berlin music scene where he refined his musical voice. With a warm, dreamy sound and a versatile language, his playing style is influenced by 20h Century harmony, the legacy of John Coltrane, and the French Impressionist painters. In 2013, Youenn was awarded the “Improvisation Prize” in Stéphane Grappelli competition. Currently leading the acclaimed Neo-Traditional quartet Egón, as well as his personal jazz project Folk Theorem. Youenn lives and works in Rennes, France.