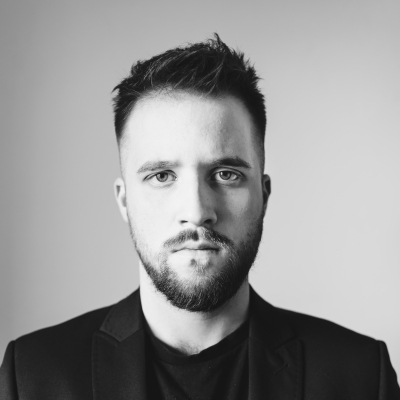 Kacper Malisz (born 03/10/1999) - violinist, composer. Through family traditions, he is deeply connected with traditional music. He began learning to play the violin at the age of 8. He has been actively performing since the age of 13 and is one of the most recognizable instrumentalists of the Polish folk scene. His music is a kind of attempt at a modern look at folk music, while maintaining its traditional core. This is an example of how you can create contemporary music in the best sense of the word from ecstatic mazurka themes, trance obereks and crazy polka dots. In addition to his activity as a leader of a family band, he worked with such artists and bands as: Atom String Quartet, Krzesimir Dębski, Michał Tokaj, Michał Barański, Krzysztof Ścierański, Jan Smoczyński. Repeatedly awarded by the most important festivals and magazines, such as the New Tradition festival (three times), and the Songlines magazine (four times). Together with the author’s trio, he gave concerts in Malaysia, Germany, Portugal, Estonia, Finland and the United Kingdom. Great Britain, Ireland, Czech Republic, Denmark, Belgium, Ukraine, Hungary, Slovakia. Currently a student of Mateusz Smoczyński’s violin class at the Faculty of Jazz and World Music at the Fryderyk Chopin Music University in Warsaw.