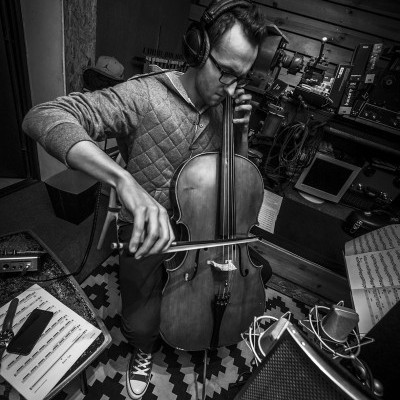 Krzysztof Lenczowski was born in Kraków in 1986, a graduate of the Fryderyk Chopin University of Music in Warsaw in the class of the cello of Professor Tomasz Strahl and Rafał Kwiatkowski. Plays also the guitar. A member of numerous bands including Fusion Generation Project, Jazz Construction, Fusionator, Cup of Time, NeoMoMo, Leszek Kułakowski Ensemble and famous Atom String Quartet. Fade In, the record the band released in 2011 was awarded Fryderyk Awards from the Polish Academy of Phonography in the Best Newcomer (Jazz) category. Places, the following album of the Atom String Quartet, issued in 2012 on Kayax label, was awarded its Fryderyk in the Best Jazz Album category. As a member of own bands and a session musician, Lenczowski has recorded over 40 CDs, including the author Internal Melody: Poland’s first jazz CD signed with the name of the cello player, nominated to Fryderyk Award in the Best Newcomer (Jazz) category. In 2014 and 2015 ranked Top Jazz Artist in the Miscellaneous Instruments
category in a vote organised by Jazz Forum monthly.