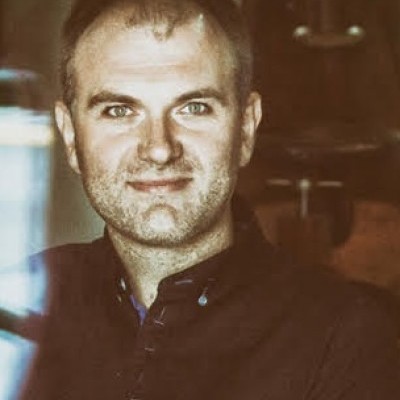 Marcin Hałat graduate of the Faculty of Jazz and Popular Music of the Academy of Music in Katowice in Henryk Gembalski’s violin class and the Instrumental Faculty of the Academy of Music in Krakow in Robert
Kabara’s class. Since 2003 he has cooperated with the Sinfonietta Cracovia orchestra with which he has participated in numerous national and international festivals, concerts and recordings. In 2013-2015, he
cooperated with Atom String Quartet. His first album, On the Way, was released in 2017. It was published by the Słuchaj Foundation, and recorded together with Maciej Garbowski and Krzysztof Gradziuk. At present, he works as an assistant professor at the Faculty of Arts of the University of Silesia in Cieszyn.