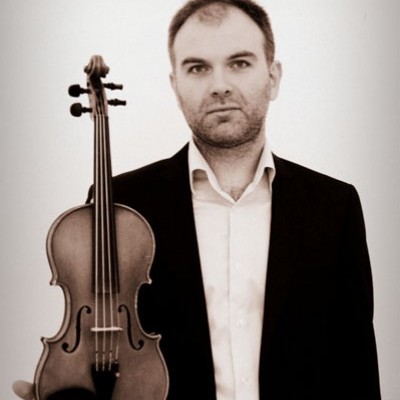 Since 2003 he has cooperated with the Sinfonietta Cracovia Orchestra, participating in numerous national and foreign festivals, concerts, and recordings. He also participates in TV productions for the BBC Classical Music Television, the French TV Arte, and the Polish TV. In 2013–15 worked with the Atom String Quartet. He has also performed with Adam Makowicz, Grażyna Auguścik, Władysław “Adzik” Sendecki, the RGG Trio, Paweł Tomaszewski, and Dominik Wania. As a member of Sinfonietta Cracovia, he has also performed under the baton of such conductors as Christoph Eschenbach, Lorin Maazel, Valery Gergiev, and John Axelrod. Currently an Adjunct Professor at the Faculty of Art of the Silesian University in Cieszyn. Holder of two scholarships from the Minister of Culture and Art.