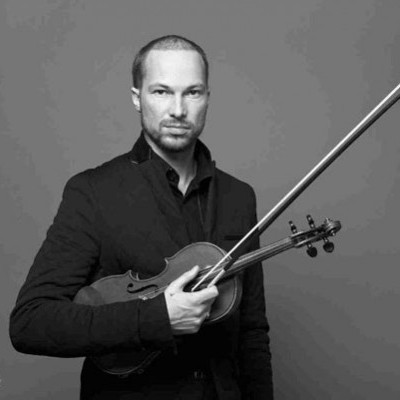 Ł​ukasz Górewicz was born in 1980 in Szczecin, where he took his first steps into the world of music. From the very beginning of his education he was looking for his own, unique sound. At the same time he tried hard to meet his teacher’s demands. When he started attending musical high school in Szczecin, he knew, that his profession, hobby and passion for life, is music.

Over the last 20 years he has had the opportunity to gain a lot of experience as a classical and experimental violonist, professional session musician, comprehensive composer and arranger. His capabilites give a wide range of tools to all who look for professionals in the music industry.

Education
He went through all levels of music education - starting from musical elementary school and musical high school in Szczecin, through universites like The Musical University of F. Chopin in Warsaw, Musical Academy of Wrocław, Musical Academy of Poznan to end with Academy of Art in Szczecin, where he got master’s degree in the class of violin and graduated from the faculty of musical education. He also took part in numerous musical workshops - in Lanciano (Italy) in the field of orchestral play as well as in Łańcut (Poland) and Lehrte (Germany) in the field of solo play and musical interpretation.

Professional Experience
Classical music
He has been cooperating with the Szczecin Philharmonic Hall for many years, and occasionally with the Szczecin Opera, who with he had a pleasure to take part in a tournee of Germany and Italy as a violinist concertmaster. Also for the Szczecin Opera, he worked as an arranger in E. Kalman’s „The Gypsy Princess” operetta. He has been composing and performing with the Baltic Neopolis Orchestra which resulted in 3 studio albums and many original projects, like modern strings-electronic„In Fusion We Trust”. In 2001, in the Kana Theater in Szczecin, Łukasz performed experimental project „Bach - Today”. Between 2001 and 2002 he played with Radomiensis - a string quartet from Radom, with who he performed a series of concerts on behalf of Polish Ministry of Foreign Affairs and Ministry of Culture during football World Cup 2002 in Japan and South Korea. He was also asked to take part in concerts in Lincoln Center and Carnegie Hall during events celebrating the year of F. Chopin in New York.

Jazz, jass, hip-hop, pop & avantgarde
He recorded his first album at the age of 16, together with the leader of polish jass - Tymon Tymański and Grupa 3 Metry. Since 1999 he has been cooperating with the band called Ecstasy Project. Together they made 8 records and played over 60 live concerts in Europe. They have also managed to be included on „The Best of Polish Jazz 2005” compilation, together with the most famous polish representatives of jazz. Their record „Realium” as one of five, was awarded by the american „All About Jazz” magazine., leaving hundrets of other bands behind.
Together with Tomasz Gwinciński - a composer from Bydgoszcz - he worked on several musical, theatrical and film projects, such as Non Linear Ansamble, Maestro Trytony,
and „Don’t Leave Me” by E. Stankiewicz. He also contributed to the music to authorial fashion shows, for example of polish actress and fashion designer Roma Gąsiorowska.

Symphonic and illustrative music
FREEDOM SYMPHONY – A TRIBUTE TO SOLIDARITY
As a composer, arranger and conductor
A 45-minute symphony for a concert commemorating events that took place in Poland during August 1980 (one of the most important brake-throughs in Polish history). Over 70 artists participated in the event. Freedom Symphony combines illustrative symphonic music
and modern sound of electronic instruments as well as samples recorded in the Szczecin’s shipyard. The concert was aired several times on TVP Polonia.

THE GRAND OPENING OF THE OLYMPIC POOL IN SZCZECIN
As a composer, arranger (in cooperation with J. Wierzchowski) and conductor
A soundtrack for the opening ceremony of Floating Arena. A combination of symphonic music, electronica and water dance.

HELLO WORLD - 3D MAPPING
As a composer, arranger and conductor
The first in Poland 3D Mapping event with live music. The event was a part of inSPIRACJE/Paradise 2011 Festival.

DZIECI PRZEŁOMU (CHILDREN OF THE BREAK THROUGH)
As a composer, arranger and conductor
A musical-visual show with symphonic orchestra, rock-electronica band, ballet group and contemporary dance group.
Aired on TVP Polonia.

for the fallen during military missions
As a composer, arranger (in cooperation with J. Wierzchowski) and conductor
A multi-media spectacle inmemory of Polish soldiers fallen during several peacekeeping missions. The event was under the honorary patronage of the president of Poland - Bronisław Komorowski.