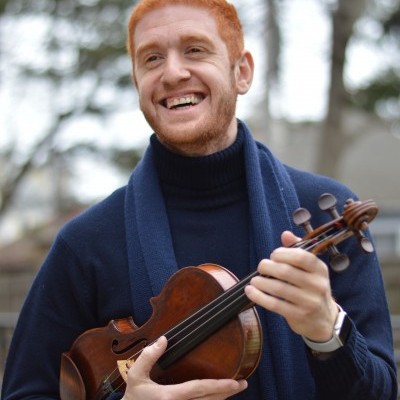 Layth Sidiq Globally acclaimed violinist and composer Layth Sidiq is a leading Middle Eastern violinist on the world music stage, a unique classically trained musician who has been featured on Latin Grammy winning albums as well as on stages such as the Royal Albert Hall, Abu Dhabi Festival, the Concertgebouw Hall, the Dominican Republic Jazz Festival, the Jerash Festival and the WOMEX Festival. Layth’s latest album „Son of Tigris” is a clear example of how the combination of Arabic music and Jazz can function in a raw and unique musical environment which led for it to be presented at the Montréal Jazz Festival with his sextet. Having studied at the National Music Conservatory, Chetham’s School of Music and earning a Masters degree with high honors in violin performance from Berklee College of Music and the Berklee Global Jazz Institute, Layth had the opportunity to study with awardwinning artists such as Danilo Perez, Simon Shaheen, John Patitucci, Joe Lovano, Eugene Friesen, Adrian Levine and Timur Ibrahimov. He also performed and was featured as a soloist with artists such as Jack DeJohnette, Gary Burton, Jose Merce, Shankar Mahadevan, A. R Rahman, Javier Limón and Alejandro Sanz to name a few. Layth plays a pivotal role in many internationally acclaimed ensembles including ‘The Global Messengers’ with Danilo Perez, ‘The Original Quartet’ with Javier Limon which was signed by IMG artists, ‘Qantara Ensemble’ with Simon Shaheen, ‘The Four Corners Quartet’, Qawsaan duo with Naseem Alatrash and the Vasilis Kostas/ Layth Sidiq Duo. Based in Boston where he currently directs the Arab Music Ensemble at Tufts University, Layth is a sought-after violinist,
vocalist and composer in the US and abroad.